Posted on September 9, 2013 by wreckwatch

Unseen by the public for 269 years, the greatest warship from the age of sail can now be visited through the world’s first virtual wreck dive trail. HMS Victory sank during a ferocious storm on 5 October 1744. Remains washed up on the Channel Isles, leading the Admiralty and modern historians to seek this First Rate English flagship off the Casquets. This great maritime mystery was solved when Odyssey Marine Exploration discovered the wreck 100 kilometres west of the Channel Isles. The wreck site is owned by the Maritime Heritage Foundation following a gift from the Ministry of Defence in January 2012.

Located in the western English Channel, 80 kilometres southeast of Plymouth and outside UK territorial waters, the wreck of the Victory is almost inaccessible. Her remains lie in 75 metres – beyond safe diving depths and beneath one of the world’s busiest shipping lanes. Changing tides and strong currents make diving by humans dangerous. Offshore fishing boats drag heavy gear across the seabed. For safety reasons the surveys conducted since 2008 have relied on Odyssey’s 7-ton Remotely-Operated Vehicle Zeus, the world’s most sophisticated archaeologically tooled robot.

The video trail shows many of the Victory’s most prized features – its 100 bronze cannon collapsed onto the seabed (including Europe’s most powerful 42-pounder guns), hull remains, wood and bronze rigging, iron ballast, anchors and the ship’s rudder. Accompanying text sets the archaeological remains in a historical setting.

The site’s survival is threatened by many environmental and human issues and the Virtual Dive Trail shows snagged fishing gear, heavily scratched cannon, and guns dragged up to 230 metres away from the wreck mound. Video captures the position of a 24-pounder bronze cannon before it was looted by Dutch salvors in 2011. 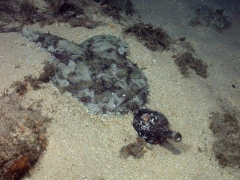 The Victory Virtual Dive Trail is part of the Maritime Heritage Foundation’s commitment to making this deep-sea site accessible to everyone through scientific and educational programmes. The UNESCO Convention on the Protection of the Underwater Cultural Heritage encourages non-intrusive access to shipwrecks worldwide to create public awareness, appreciation, protection and to benefit sustainable economic development. This is why a virtual dive trail has been created to bring the site to the people. 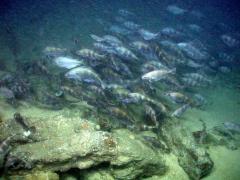 The Victory Virtual Dive Trail has been developed by the Maritime Heritage Foundation, Odyssey Marine Exploration and Wreck Watch Int. The website platform and its additional sections on the historical and archaeological background of HMS Victory can be visited at: http://www.victory1744.org.